In some parts of the world, summer is an ordeal especially for those who do not work all day in an office that has air conditioning. Some still have to go out on the streets during the hot weather with more than 30 degrees Celsius; mobile cooling solutions are few and often inefficient.

Sony has a new idea: a kind of “pocket air conditioner”, which they presented in Japan and will bring to market with the help of fans and supporters, who funded the Reon Pocket project through a crowdfunding program. 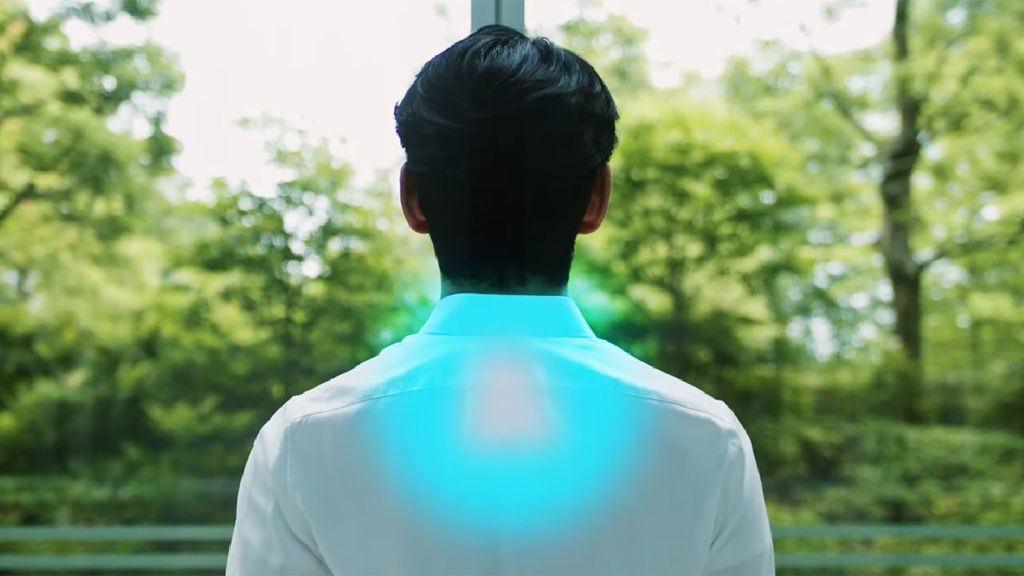 Reon Pocket is a portable air conditioning system that could help many people to better face the summer heat in big cities. The device is small, lightweight, and portable; it works differently from a traditional air conditioner. It does not change the air temperature, but it does heat transfer with the user’s body through thermoelectric currents, which can lower the temperature by up to 13 degrees Celsius. The appliance should be placed on the back between the shoulder muscles, using a special t-shirt, which includes a dedicated Reon Pocket pocket.

It seems that the device can also work to heat up the body of the user, being able to raise the temperature by up to 8 degrees Celsius. From the presentation clip, it seems to be dedicated especially to those working in the business area, where a suit and shirt are required and there is not much option to take off the clothes. The device can be controlled via a smartphone with the dedicated application installed on it, and the usage time for a single charge is 24 hours. It is likely that a fully charged Reon Pocket can provide users with at least 2-3 hours of use during the work schedule and all this with a single charge.

First-time crowdfunders will have to pay $117 for such a device, and deliveries are expected only starting 2020. It’s unclear if this device will be released in Japan first and to the rest of the world after, or if it will remain a “weird” device that only the Japanese would want.