Expected to launch in the first part of 2020, the Galaxy S11 appears in the first series of images based on the sketches provided to Samsung partners.

According to rumors so far, Samsung will deliver the Galaxy S11 family in three versions: Galaxy S11 and S11e with both 4G and 5G variants, while the Galaxy S11+ will be an exclusive 5G model.

Illustrated with computerized renderings, the new casing design reveals some easy-to-anticipate changes, such as the front camera which was moved to the center, following the example of Note 10. The frame left above and below the screen looks thinner than the Galaxy S10, while the side frame seems to be almost the same thickness.

A narrow grille for the audio headset can be seen above the screen. As for the screen, it will have between 6.3 inches and 6.7 inches and curved edges. In the renderings provided, the curvature of the screen seems lower than we saw on the S10, but this is rather an inaccuracy of the layouts than a real design change. It is certain that the Galaxy S11 will not have a screen with waterfall design, Samsung excluding this possibility after internal tests revealed problems with screen endurance and the Android interface adaptation.

On the side of the housing, we can see that the Power and Volume buttons are located on the right side. The area where the two physical buttons are located seems to be slightly raised, probably to facilitate the pressing of the keys. Below the screen is the USB-C port, flanked on the right side of the speaker grille and the microphone on the left.

According to the available sketches, the exact dimensions for the Galaxy S11 are 161.9 x 73.7 x 7.8 mm (8.9 mm if we include the camera bump). The casing is covered with two-sided mineral glass and is built on a metal chassis, visible on the side. 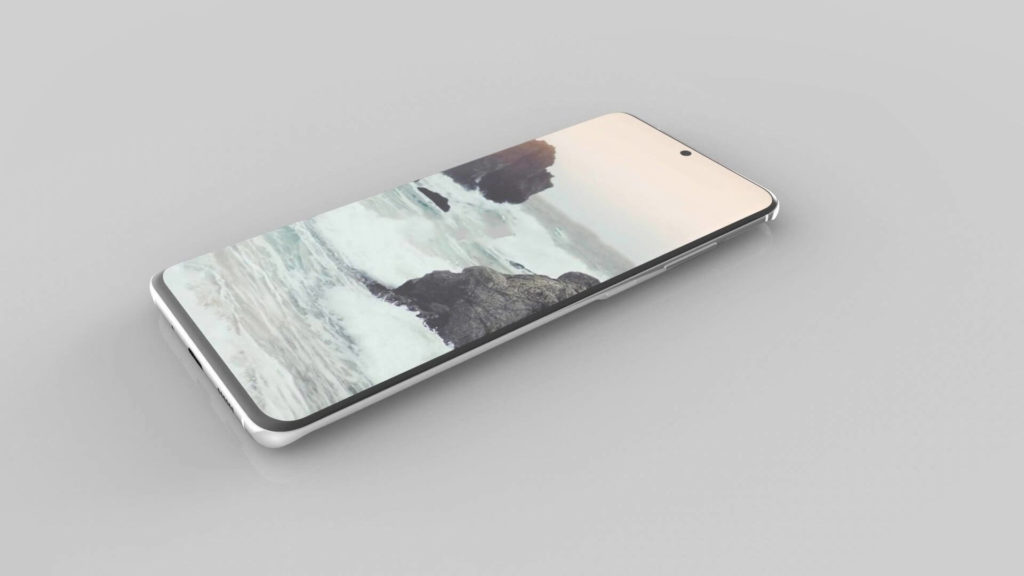 At the back, the new camera system is grouped into the L-shape, a design feature found in the Galaxy A51 and A71 mid-range series. In total, five photo modules are offered, the main element of which is the 108MP Samsung ISOCELL HMX sensor. Among the capabilities offered could be 5X optical zoom, a mode of capture similar to Deep Fusion technology for combining multiple snapshots into a high-quality photo, Single Take Photo, Director’s View, Night Hyperlapse, Vertical Panoramas and 8K resolution for video recording.

The screens are likely to be Dynamic AMOLED type, with HDR10+ certification and QHD+ resolution with a 120Hz refresh rate. The phone will integrate an ultrasonic fingerprint sensor beneath the surface of the screen.

Galaxy 11 is ready with One UI 2.0 (Android 10) and will be available on two hardware platforms, based on Snapdragon 865 or Exynos 990 (depending on the region where it is marketed).

Although not officially confirmed, it appears that Samsung has set the Galaxy S11 release date for February 18, 2020.