Earlier this year, Google introduced a Chrome extension called Password Checkup, which notifies users if one or more of their online accounts are associated with recently compromised computer attacks.

Unlike a password manager, the Password Checkup extension only checks if the login data is used for possibly hacked accounts, offering suggestions for changing the access password and additional security measures, such as activating the two-step authentication system. 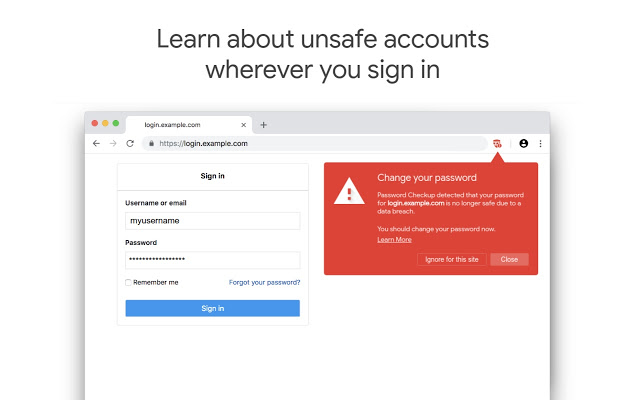 In just one month since its inception, the extension has gathered around 316,000 users, allowing Google specialists to get an overview of the number of vulnerable online accounts.

Considering the fact that billions of other users who didn’t install the Chrome extension offered by Google are likely to be in the same situation, 1.5% translates into an alarmingly high number of vulnerable accounts. According to Google, in the database used by the Password Checkup extension are over 4 billion user accounts with passwords that have become unsafe as a result of security breaches.