Are you looking for a new computer? Should you go for a laptop, or choose a desktop? Read on as we look at the pros and cons of a laptop vs desktop.

In the United States, over 52% of Americans use desktop computers. This shows that many still do all their browsing on a regular computer.

However, over the past decade or so, laptops have also become extremely popular. This is especially true as technology advances every day and it’s becoming more and more convenient to use laptops.

Maybe it’s time for you to replace a device or you’re just thinking of making a new purchase. But when it comes to laptop vs desktop, which exactly is the best for you? Read on to find out the pros and cons of each so you can make a better-informed decision.

Pros of Owning a Laptop

Let’s first start with the pros of owning a laptop. These were first invented in 1981 and weighed about 25 pounds. Not to mention, the screen was also just 5 inches big.

However, these have changed drastically throughout the years, making them a terrific device to choose. Read on to find out why.

When it comes to laptop benefits, one of the main ones is that they’re super portable. All you have to do is close up your laptop, slip it into your bag, and you’re ready to go!

This means that for those who are always on the go, they’ll be able to get access to their documents and browsers on a decently-sized device. They won’t have to resort to always using their smartphones. While these are quite powerful nowadays, the screen size and onscreen keyboard leave much to be desired.

Once you receive your laptop, it’s basically ready to go once you unbox and charge it. All you need to do is press the power button and you’re ready to set up your account and get to work.

This also means you won’t have to buy separate peripherals, such as speakers, keyboards, and screens. You might have to buy a mouse if you end up not liking the trackpad.

They Have Long Battery Lives

When you’re out and about, it’s entirely possible to bring just your laptop and nothing else. This is because laptops have very efficient batteries, meaning most can last at least 5 hours, if not over 10. This should last you an entire workday, should you forget your AC adapter.

If you do bring your AC adapter along with you, you can get by without ever having to get a desktop computer.

In any case, even if you do use your laptop solely at home, it won’t consume as much electricity as a desktop would. This means you’ll save in utility bills.

Cons of Owning a Laptop

Of course, owning a laptop doesn’t come with just pros. This is why it’s important to know all the pros and cons of a laptop. Here are some of the cons you might expect.

The Keyboards and Mice Might Be Hard to Get Used To

While there’s an inbuilt keyboard, these keys are quite different from a regular keyboard. Not only are they completely flat, but they’re also placed right next to one another. For those with bigger hands, you might find these keys a little annoying.

Also, as we mentioned above, trackpads might not be your thing.

But these problems are easily rectified by spending a little more on a separate keyboard and/or mouse.

The Screens Are Smaller Than With Desktops

Because laptops are made to be portable, their screens are a lot smaller than those you’d find with desktop computers. This shouldn’t be too much of a problem if you’re just using it for work.

But if you want a bigger screen for watching TV shows and movies, you can always hook it up to a monitor while you’re home.

Their Gaming Capabilities Aren’t as Good

If you’re a gamer, then most regular laptops won’t be all that great for video games; at least not when compared to desktop computers.

This is because laptops have limited physical space due to their designs for portability. This means you’re limited in choices when it comes to graphics cards.

If you do want to buy a laptop for gaming and want a smooth experience, then you’ll have to spend quite a bit of money on high-end laptops.

Of course, there are cheap laptops and there are very expensive ones. It’s the same with desktop computers too.

However, when you compare laptops to desktops of the same specs, laptops are almost always going to be more expensive. This will be especially true if you buy from a reputable laptop brand (which you should).

Plus, laptops are more easily broken because they’re so portable. Repairs will be pretty pricey.

And again, because they’re so portable, this means they’re more prone to theft. This, combined with their shorter lifespan, means you’ll typically be spending more on a laptop than a desktop.

They’re Not Easy to Upgrade

If you want to keep up with technology, you’ll have to upgrade your device’s parts. However, you’re limited in what you can do with laptops.

All you can really swap out are its hard drive and RAM. This means you’ll probably have to get a new laptop in a shorter timeframe than with a desktop.

If, after reading all these cons, you decide a laptop is good for you, you can get what you need from Lenovo, which is one of the best laptop brands around. 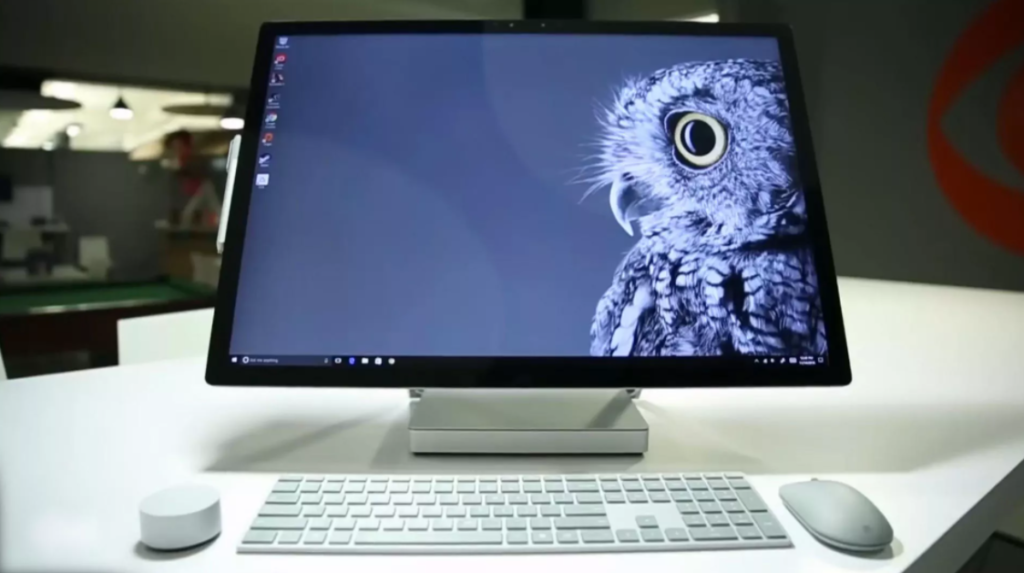 Pros of Owning a Desktop

Now that you know more about laptops, let’s move onto desktop computers. Here are some desktop benefits you should consider.

If you’re after a powerful device, then you won’t have to worry as much about price when it comes to desktops. You can get a pretty solid build for under 4 digits.

On that note, desktop computers are much larger than laptops. This means they can fit a bigger CPU (and GPU), which can give you a much better and smoother experience.

This can be for both casual users and hardcore gamers alike. But if you’re a gamer, desktops are definitely the way to go if you’re gaming at home for the most part.

When you have a desktop computer, practically all of its components can be removed. So if you find that your computer is lacking in power, you can always swap parts out for newer ones. This means that desktop computers can last you much longer than laptops will.

They Have Bigger Screen Sizes

When you purchase a computer, this is just a tower for all its components. While you do have to spend extra to purchase a monitor, the sky’s the limit when it comes to screen sizes. You could even get a 60-inch monitor and use your computer from the couch if you wished!

Cons of Owning a Desktop

While desktop computers come with many pros, there are definite cons. Check them out below.

They Aren’t Portable at All

One of the main downsides of getting a desktop computer is they’re not portable at all. Sure, you can bring your tower, monitor, mouse, and keyboard to your friend’s house, but it’s definitely a fiasco.

So desktop computers are mainly great for people who don’t need to use their devices anywhere outside the house. Or at least they only need to do so every once in a blue moon.

They Take up Lots of Space

Desktops need a relatively large amount of space when compared to laptops. If you’re working with a tiny desk, you might find it hard to get enough space to do all your tasks. At least with a laptop, you can close it and put it away when you’re not using it.

Better specs mean more energy consumed. Not to mention, you also need to power a separate monitor, keyboard, and mouse. In general, expect to pay more utilities if you choose to get a desktop computer.

Laptop vs Desktop: Which One Should You Get?

When it comes to the laptop vs desktop debate, it’s clear that each one has its own pros and cons. What might be important for one person may not affect another, which is why there’s no finite answer on which one’s better.

Instead, you should take the information from this article and think about what’s more important to you. The best-case scenario would be to buy both, as you’ll get the best of both worlds. But if you’re on a budget and can only afford to buy one, then hopefully, our post has helped you make a decision.

Did you like this desktop vs laptop article? Then check out the rest of our blog for similar posts now!