After many years of waiting, the screen industry seems ready to give up LCD technology, with Samsung giant shifting to Quantum Dot (QD) – OLED technologies, superior in terms of image quality, and power consumption.

Samsung has been using Quantum Dot technology for the LCD TV product range for a long time. OLED technology that has been used for more than 10 years in mobile devices and has already matured. Rather than choosing one of them separately, Samsung has opted to use them in combination, resulting in a new generation of Quantum Dot OLED (QD-OLED) screens that take advantage of both technologies.

According to information published in The Korea Herald, Samsung has already begun to reduce the production of LCD screens in South Korean factories, the decision being driven by declining demand for this type of product and lower profitability.

Partially confirming rumors, Samsung Display chief Lee Dong-hoon has revealed that the first QD-OLED technology screens will be available soon, but without giving a precise release schedule or other information about the devices that will be used for the first time.

Unlike the OLED screens, the QD-OLEDs use exclusively blue pixels for illumination; the other basic colors (red and green) being derived using Quantum Dot technology. The technology is more energy-efficient and allows an even better color accuracy than conventional OLED technology. 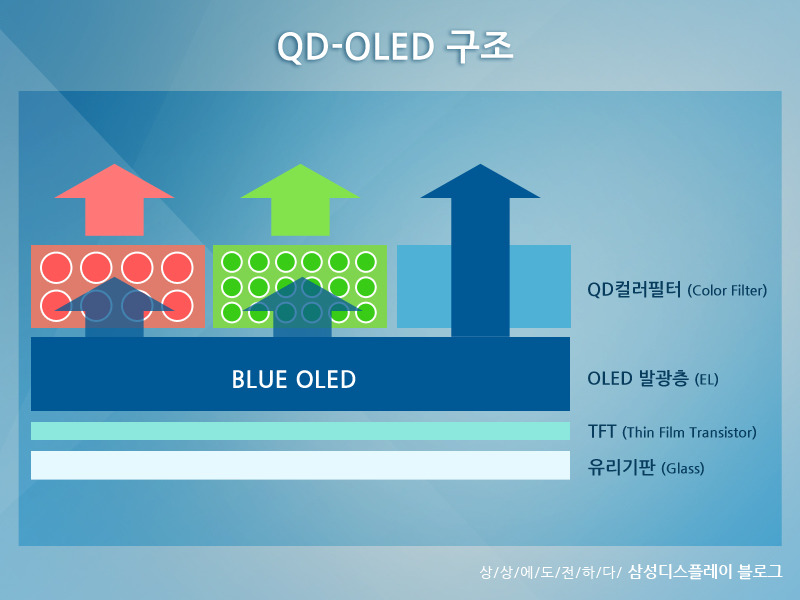 According to industry sources, Samsung will invest up to $8.3 billion over the next quarter to expand production facilities for QD-OLED displays, with the first products based on this technology being high-end TVs.