Albert Einstein’s theory of general relativity withstood the most difficult verification test to date, according to a study published in the journal Science.

A team of researchers from the University of California, Los Angeles (UCLA) announced that their research is the most comprehensive test of general relativity near the supermassive black hole in the center of our galaxy.

“Einstein is right, at least so far,” said specialist Andrea Ghez, a professor of physics and astronomy at UCLA and co-researcher.

Ghez said, however, that Einstein’s theory, proposed in 1915, “certainly presents a vulnerability” because it cannot fully explain the gravity inside a black hole.

“At one point, we will have to move on from Einstein’s theory to a more comprehensive theory of gravity, which explains what a black hole is,” said Ghez in a statement issued by the university. 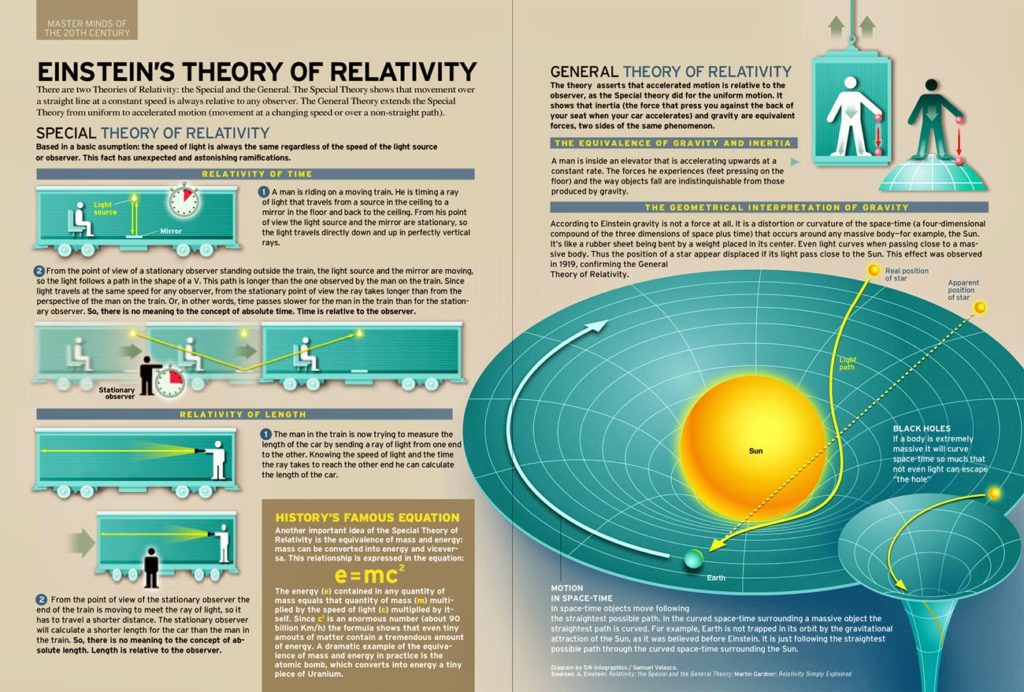 The team of astronomers led by Ghez carried out a detailed study of a star orbiting the black hole, research that the specialist described as “extreme astrophysics”.

The team noted that Einstein’s theory accurately describes the behavior of light struggling to escape gravity around the massive structure.

The analysis involved detecting an effect known as the gravitational “redshift” of the light emitted by the star when it is at the nearest point to the black hole.

The ″redshift″  effect is manifested when the light extends to higher wavelengths following the action of the gravitational field around the black hole, which causes the spectrum lines to tend to become red.

“The results are in line with general relativity and substantially favor the Newtonian gravity theory, which cannot be taken into account in the case of the observed redshift” (effect), the researchers said.

Scientists have studied a star called S0-2, with a mass about ten times larger than that of the Sun, which moves on an elliptical orbit and lasts 16 years around a supermassive black hole. It is called Sagittarius A, located in the center of the Milky Way, about 26,000 light-years from Earth.