Developed by a team of American researchers, this technology could sustainably provide vast amounts of electricity, generated using the salinity difference occurring at the discharge of watercourses into the sea.

Installed at the points where rivers discharge into the sea, new installations for generating electricity do not have components in motion, nor do they imply the construction of dams; they are using only the natural water flow.

Applying on a large scale the functioning model of the sodium batteries, the freshwater and saltwater are directed alternately through a series of panels containing electrodes.

Electricity is obtained when the sodium and chlorine ions in the battery electrodes are dissolved in freshwater from the river, in a somehow similar way to a car battery. The rapid change in the flow of saltwater from the sea leads to the reincorporation of sodium and chlorine ions back into the electrodes. Thus, the polarity of the electric current supplied by the battery is reversed.

Remarkable is the fact that, unlike a conventional battery, both loading and unloading cycles produce electricity and the regeneration of electrolyte is not necessary (the resulting mixture of freshwater + salt reaches the sea). 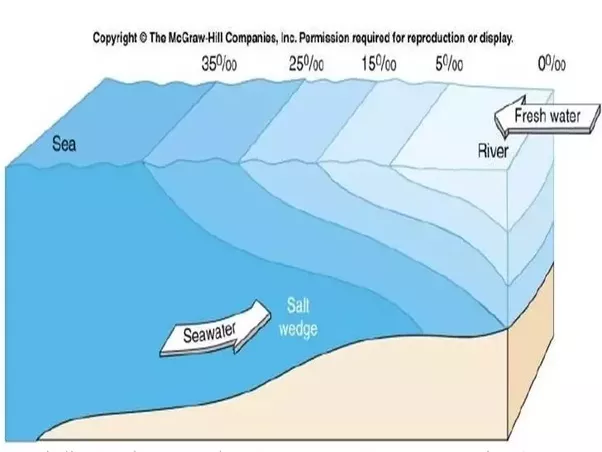 According to the team of researchers, the system has no adverse effects on the water processed in this way and operates wherever a freshwater source is available, such as wastewater from the sewing systems. As part of water treatment plants, the system could at least partially cover the consumption of filtration equipment, estimated in the United States at about 3% of total electricity consumption.

In its current state, the technology allows the generation of electricity at a level of 0.65 KWhr per cubic meter of freshwater mixed with seawater, depending on the processing of a higher volume of water for better results. Until the new type of auto-renewable battery will be used on a large scale, researchers still have to work on both at the efficiency and durability over time. Now, the battery efficiency drops to about 97% after 180 loading/unloading cycles.