On Tuesday, September 10, 2019, Apple released the new generation of iPhone phones – iPhone 11 and iPhone 11 Pro – as well as services like Apple TV Plus and Apple Arcade, as part of an event held at the Steve Jobs amphitheater in Apple Park.

The new Apple smartphones will be available for pre-order starting Friday and will hit stores on September 20. 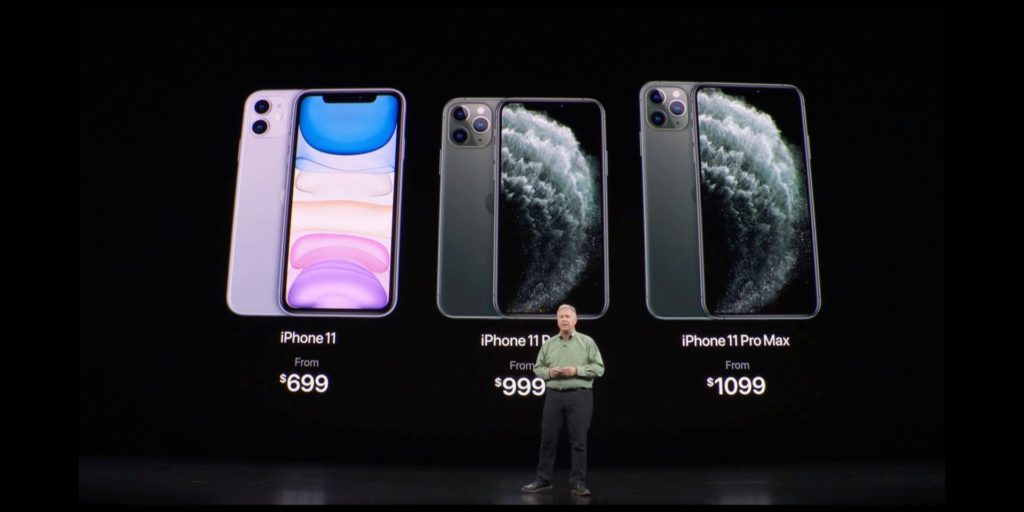 UPDATE – It’s time for the new iPhone 11 Pro smartphone, the larger version of the iPhone 11.

New features can help improve landscape images and large photos. With two cameras, it can take even greater depth photos. 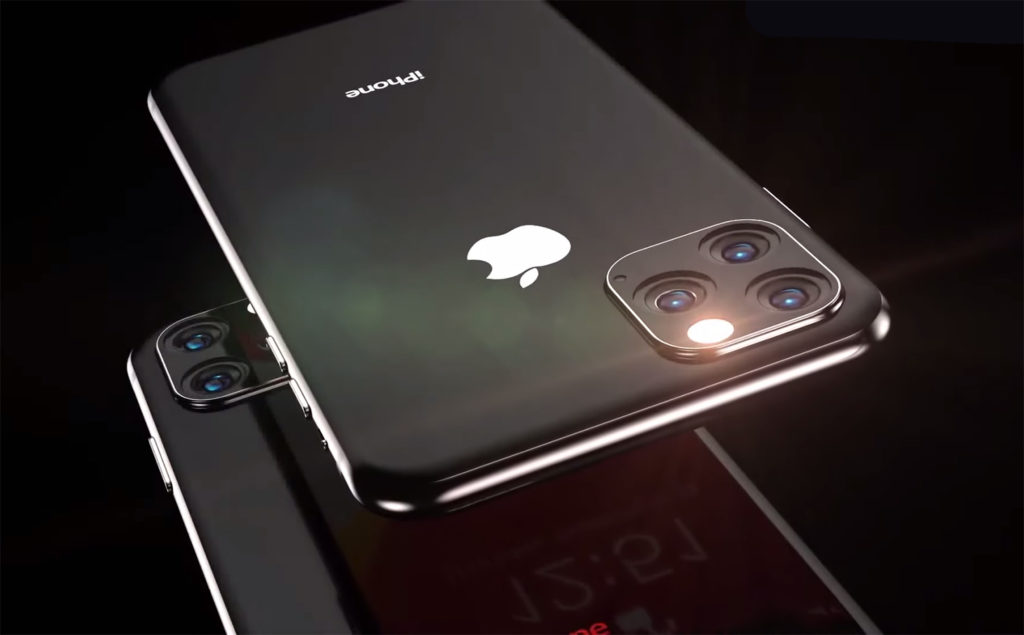 The front camera has also been updated with a 7MP sensor and 4K video.

UPDATE – Apple is now unveiling its new iPhone 11 smartphone, which will be available in 6 colors. The new iPhone 11 has two cameras, and the edges are just as thick.

UPDATE – The new Apple Watch will be available for orders after the end of the event, priced at $399 and will hit stores on September 20.

Tim Cook talked about the health research he manages to do through the Watch. From Watch 4, Apple introduced an EKG sensor. Now, it has new applications. One is for hearing. It measures the surrounding sounds and can tell you if you have a problem. Or it warns you when something is serious. The second application is for women, which measures the menstrual cycle. Last but not least, it will monitor heart health. 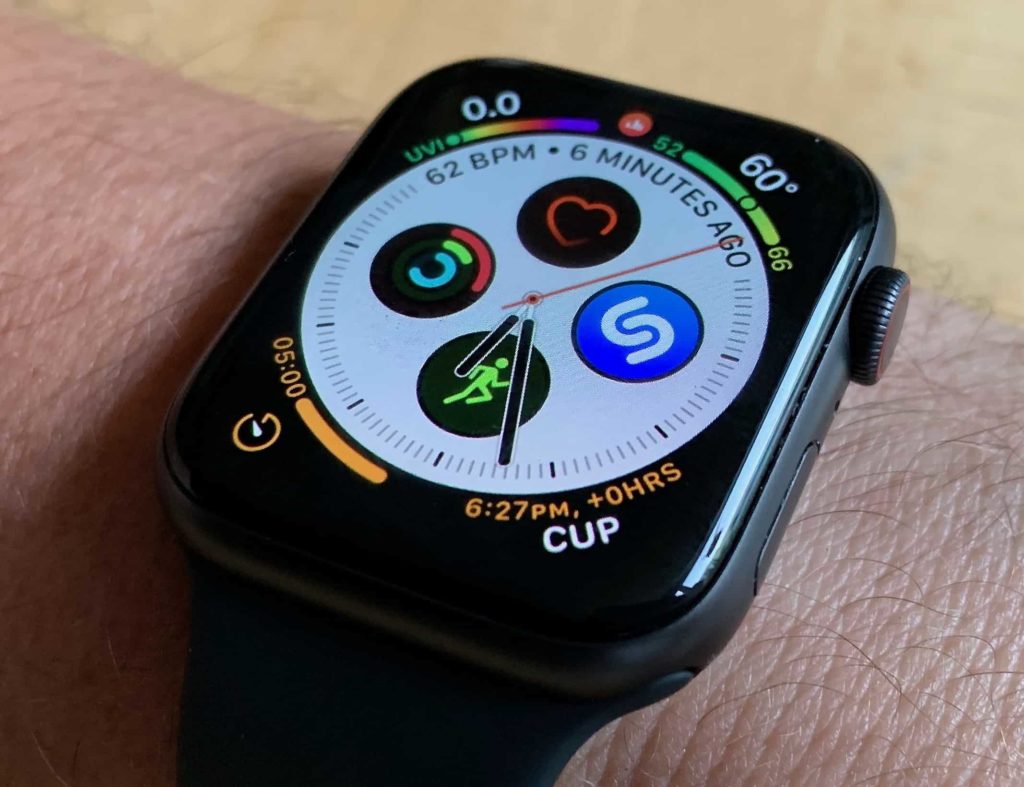 “It gives us all the amazing opportunity to participate in health research,” says Cook.

UPDATE – The company’s new iPad, the seventh generation iPad, will have a larger 10.2-inch screen.

The new iPad has an A10 Fusion processor, which means it’s twice as fast as a top PC. 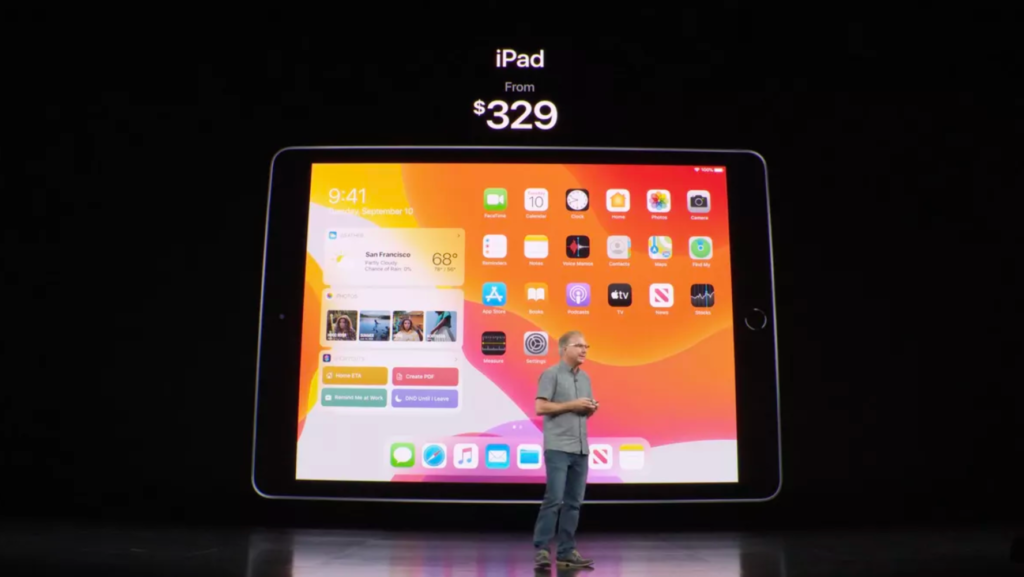 UPDATE – Tim Cook has unveiled the Apple TV+ service, which will be available in over 100 countries.

Titles include “See”, “For All Mankind”, “Dickinson” and “The Morning Show”. All these already have trailers, “See” being presented to those present in the amphitheater. In “See” the protagonist is actor Jason Mamoa, known for his role in Aquaman.

The price for Apple TV+ is $4.99 per month. The new service will be launched on November 1. 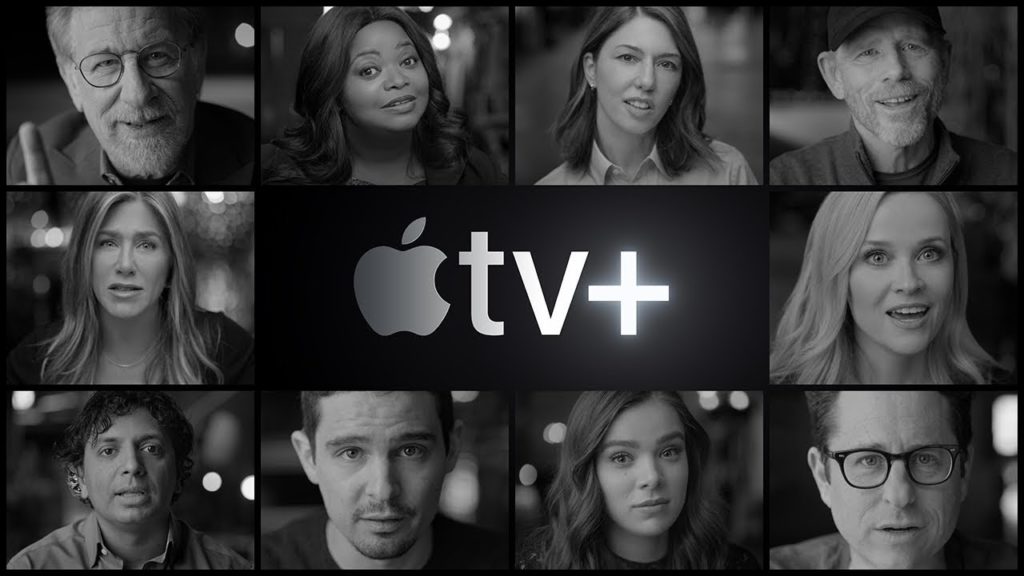 UPDATE – Apple Arcade will be released on September 19, costing $4.99 per month in the United States. This service is launched with a one-month free trial.

UPDATE – Apple Arcade, a subscription-based gaming service, is the first to be introduced. With Apple Arcade, users have access to about 1,000 games in the App Store. 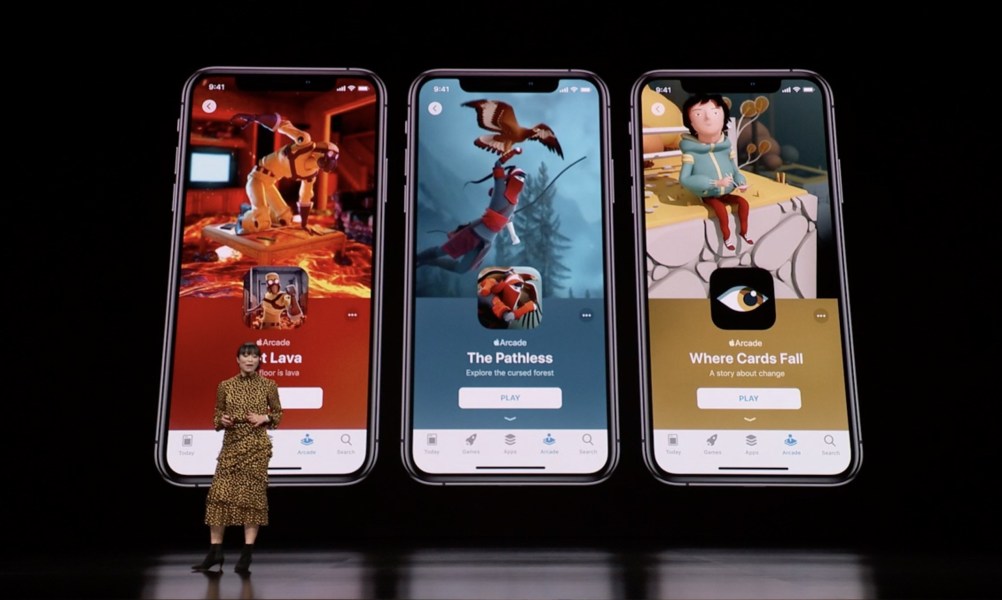 “We are adding a new way to enjoy games in the App Store and Apple Arcade,” said Tim Cook.

UPDATE – Tim Cook, Apple’s director, opened the presentation, saying that it was always the user around which the creations of the American company revolved.

“We have some really important announcements and I will give up the usual introductions and go straight to work, starting with the App Store,” said Tim Cook.

For the first time, Apple has LIVE broadcast the event in California and on a platform other than their own (MacBook, iPhone, and iPad), respectively on their YouTube channel.

Among the new features, we could see on the iPhone 11 are 3 main cameras, bilateral charging, and the new A13 processor.

Therefore, the real major changes that could have hit competitors – such as the iPhone 5G, foldable iPhone or fingerprint sensor built into the display – could only be released in 2020.

Earlier Rumors: What we will see on the iPhone 11

According to more information that has emerged in recent months – published by sources such as Bloomberg or Apple analyst Ming-Chi Kuo, but also leaks on Twitter – iPhone 2019 will most likely look like the iPhone of 2018. Not exactly the same, but quite similar, say those from CNET.

That means Apple will try to delight its fans with a few upgrades, such as more advanced cameras, faster processors, a new operating system (iOS 13) and probably some new colors (including dark green). And of course, the iPhone 11 will cost the same as the iPhone XS, with a price starting at $1000. 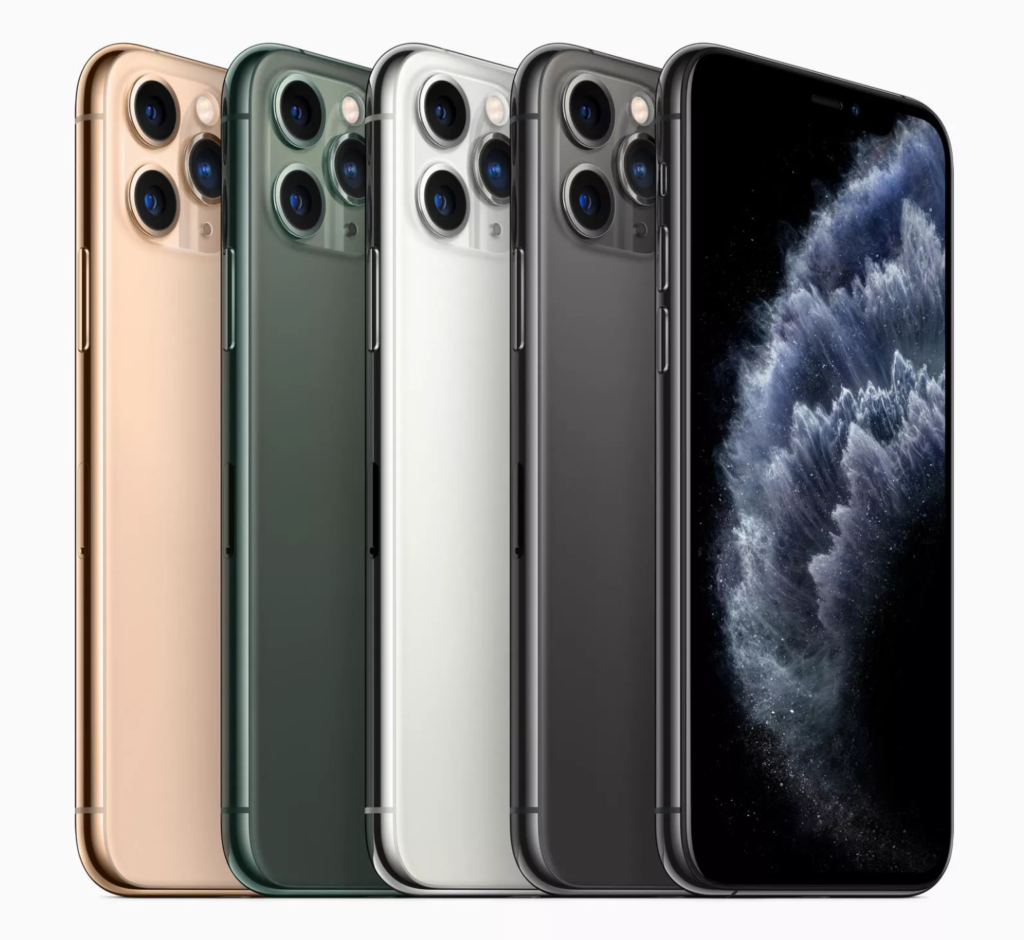 As usual, the US company reserved the term Pro for the most advanced iPhone model, as it has done so far with the MacBook Pro or iPad Pro.

And the biggest change to the iPhone 11 will be the cameras, no less than 3 main cameras, and also to be able to compete with Huawei, Samsung and Google, these cameras will have a much wider angle than shooting.

Earlier this year, Apple released its AirPower wireless chargers, but the new generation of iPhone 11 could again support bilateral charging, according to Apple analyst Ming-Chi Kuo. This means that the iPhone 11 battery could be used for charging other iPhones or new AirPods phones with wireless option.

On the invitation to the event, Apple included a company logo in five colors, suggesting that it will release more colors for the new iPhone 11.

Lately, the company has been at the center of problems caused by trade tensions affecting its activities in China.

Apple will bear the 15% fees that will be imposed by the Trump administration on major Chinese-made products, such as smartphones and wireless headsets, starting September 1, with iPhone charges coming into effect on December 15, according to News.com.

Also, Apple would be presenting at the event on September 10 and the fourth version of the Apple Watch, as well as more information on its future streaming TV service, called Apple TV.

The release of iPhone 11 comes at a time when the US group is losing ground compared to rivals on the smartphone segment. According to market research firm IHS Markit, in the second quarter of this year, the iPhone lost a position, falling fourth with world sales, with 35.3 million units sold, compared to 36,2 million for the Chinese Oppo phone.

In the last two quarters, sales of iPhone, in contrast to accessories such as AirPods wireless headphones, Apple Watch, and paid services such as Apple Music, have helped the US group recover some of the lost revenue.