Distributed through Windows Update, the update that brings the Windows 10 system to the 1903 version has sparked a slight uproar on the discussion forums. Unhappy users claim that the patch called KB4512941 causes unwarranted system processor loading at 30%-40% of capacity, reaching up to 100% load in some cases.

The inconvenience is not about the excessive CPU load exclusively; Windows 10 users who upgraded their PCs to the new 1903 build, claiming problems with the operation of the Cortana assistant and the Windows search function. 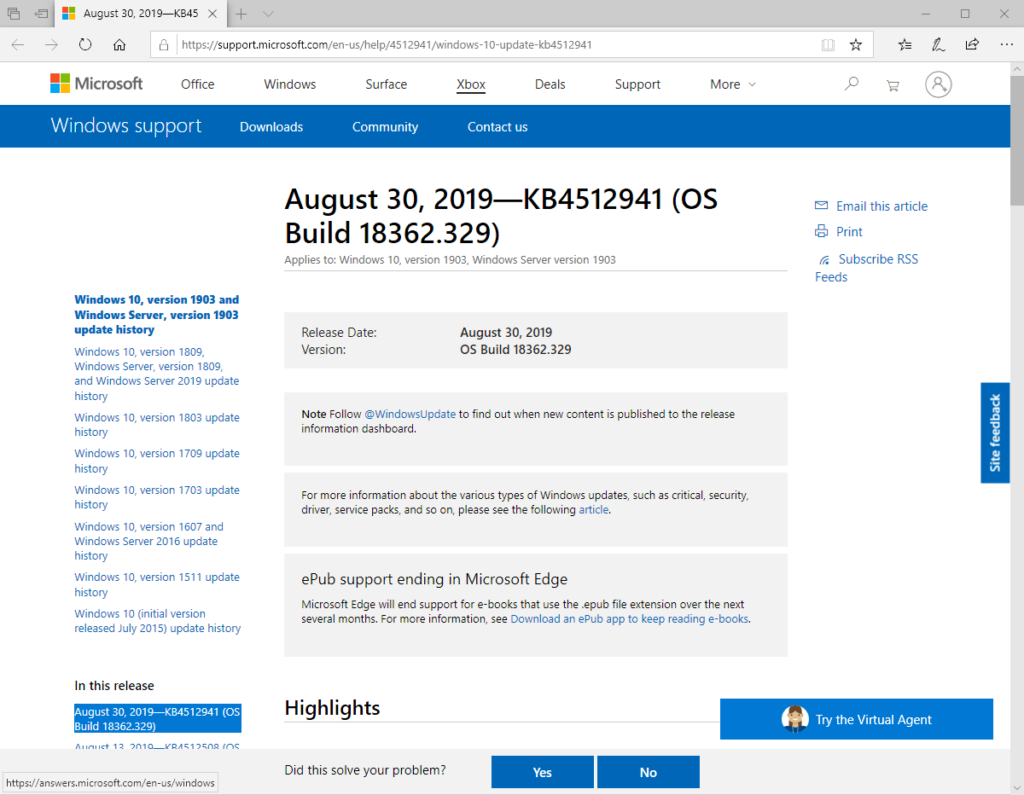 Distributed as of August 30, the KB4512941 update was supposed to solve a problem left by another faulty Windows update, affecting the operation of applications using Visual Basic 6, VBA and VBScript libraries.

In isolated cases, the hotfix update causes the processor to overload, unblock the Windows search function, and other nuisances.

Contact for clarification, Microsoft officials confirm the reported issues, while promising to provide a remedy by mid-September.

Some more experienced users have been able to get rid of the inconvenience by editing some parameters in the Windows registry. For the rest, the handiest solution seems to be uninstalling the KB4512941 patch.