It is still summer and mosquitoes are making us green bristles. If you count yourself among those exasperated by the well-known buzz, then you might be interested in the invention of an Israeli company: a laser system that detects the presence of these intruders.

In the battle between man and mosquito, the insect often wins, because it is subject to unbearable stress. The device invented by an Israeli company is even more useful.

Nadav Benedek, co-founder of Bzigo: “If you have a mosquito in the room, a laser beam will chase it, so you know about it. You also get a notification on the phone, in case you are elsewhere, so you know, for example, that there is a mosquito in the children’s room. So, this first version is A radar. The next generation of the device will kill the mosquito autonomously.” 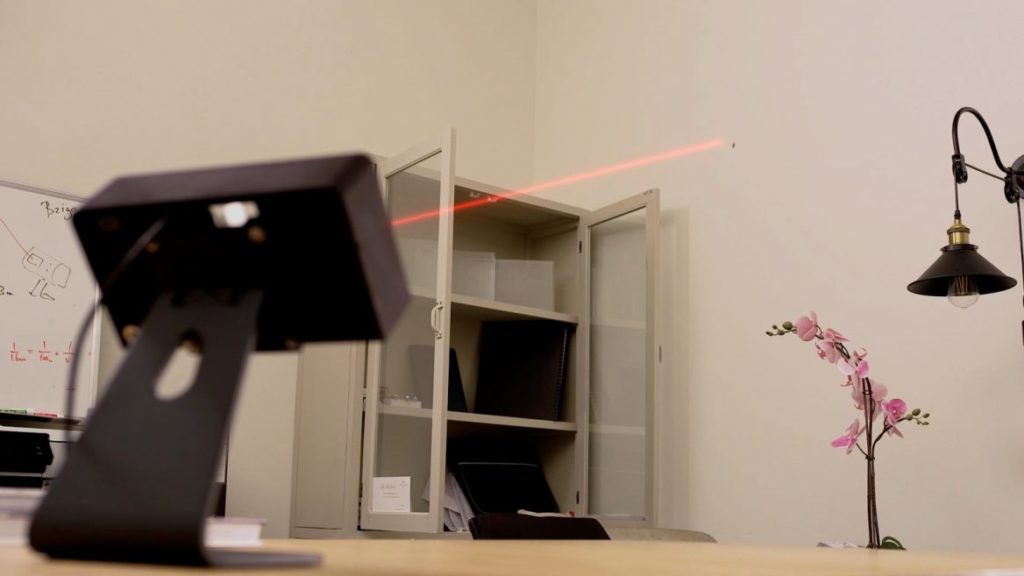 Therefore, for the time being, all those besieged by mosquitoes have the task of neutralizing their enemies. Unless one prefers to spend the night gently guiding them to the exit 😊

The improved version of the device, which addresses the problem to the end, was put already on tests.

The device will be released only next year, priced at $169 per piece, but hundreds of pre-orders have already been made.

Nadav Benedek, co-founder of Bzigo: “The mosquito is the insect that makes the most victims every year. If we gathered people killed by other animals or by other people, including in wars, all together there were fewer than the victims of mosquitoes, whose number (of victims) is estimated at 750,000 annually. Add the mosquito-borne diseases, such as the zika virus, dengue fever, and others.”

Indeed, according to the World Health Organization, in 2015 alone, 438,000 people died of malaria, a disease transmitted by mosquito bites.