Klaus Littman, a Swiss artist, turned a stadium in Austria into a forest, inspired by a drawing by Max Peintner.

In general, football stadiums are the place where nature seems to have been completely removed, leaving room only for man and his actions. Still, a Swiss artist has managed to bring nature back into the middle of such a stadium, in an effort to draw attention to global warming, CNN notes.

Klaus Littmann, an artist from Switzerland, has transformed the football stadium in Klagenfurt, a town in the Austrian state of Carinthia, into a forest with more than 300 trees. The artwork entitled “For Forest – The Unending Attraction of Nature” is open to the general public from September 8 until the end of October. Visitors to this “forest” will be able to walk among tree species: alder, white willow, hornbeam, field maple or oak. 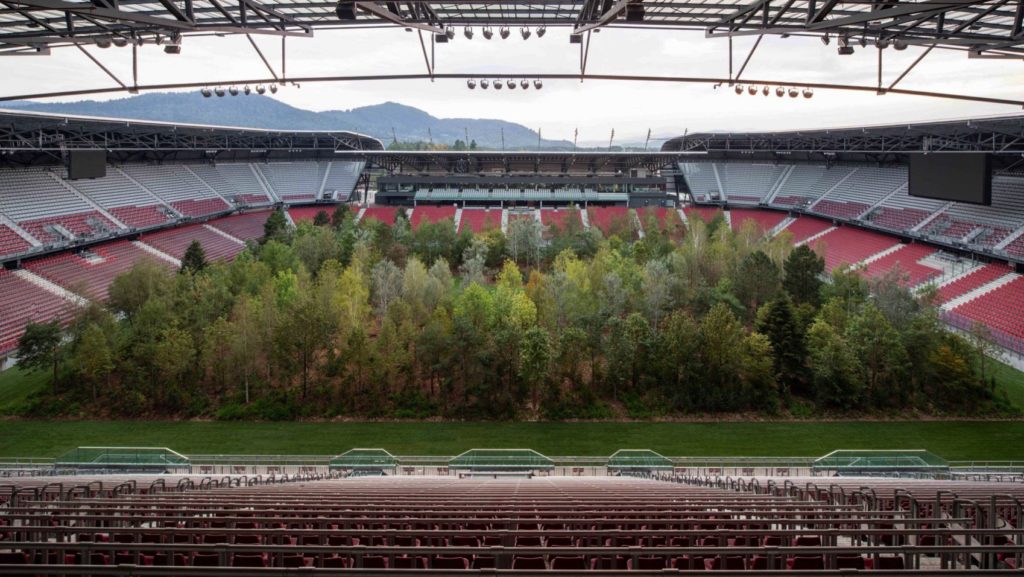 The idea of ​​this art installation was proposed more than 30 years ago by the Austrian artist Max Peintner. He had the vision of a dystopian world in which nature will be restricted to clearly delimited spaces. The same idea was echoed in the art installation on the football stadium, while at the same time drawing attention to global warming and the reduction of forested areas.

Austria Klagenfurt’s second league team, which usually uses the stadium, will play their matches at a nearby stadium. After the end of the exhibition, the used trees will be planted in a public area, near the stadium.