Reflecting on my movie experiences so far, I noticed that it has become a common trend in our times to include LGBTQ characters. In many cases, however, directors choose to feature sissy men who are full of stereotypical expressions: their gestures are feminine, their speech style is bold, they speak on a high voice and they are blessed with a very good sense of fashion. Often, these characters appear as co-characters in the stories.

To some extent, this trend has been reshaped by Jamie Travis, who produced the first season of FAKING IT for MTV in 2014. The series takes place at Hester Grammar School where Shane Harvey (Michael Willett) spreads the gossip about Karma Ashcroft (Katie Stevens) and Amy Raudenfeld (Rita Volk) that they are lesbians. Thanks to the rumor, girls are gaining tremendous popularity, growing from the gray mice to the coolest girls in school. The story, like all teenagers’ lives, doesn’t run smoothly, of course, but the girls can always count on Shane, their best gay companion. Many see the FAKING IT as a gay-friendly series, but the portrayal of Shane Harvey’s character has been hurtfully stereotyped. 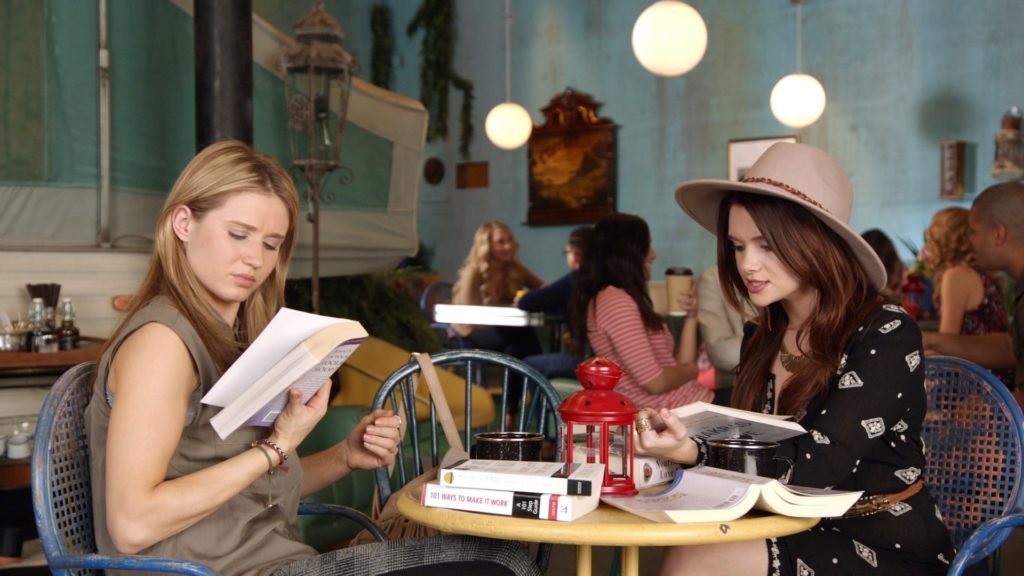 One of the most widespread views about gays is that they cannot appear masculine and behave masculine. Obviously, the creators of the series did not want to break this stereotype; thus, they represented Shane the way they did. The high school guy usually makes feminine moves, his body is slim, his clothes are flawless and his voice is girlish. Let’s just look at the first part of the series! In this episode (Pilot. Jamie Travis, MTV, April 22, 2014) Shane hosts a home party to celebrate the start of the 10th grade. Many high school guys are at the party, some are shirtless, others are wearing V-neck tees and some are wearing rugby team uniforms. “Of course” the host can be seen in a baby blue floral-printed shirt on the dance floor. This depiction is extremely stereotypical, as it reinforces the notion that every gay man dresses well and feminine.

In the ball scene in the second part of the series (Homecoming Out. Jamie Travis, MTV, April 24, 2014), Amy and Karma’s relationship is already public, so they were nominated as same-sex couples at the ball queen and ball queen election. Since the girls don’t know anything about their relationship at home, Amy asks Shane to accompany her to the party so her mother won’t be suspicious. Although Amy specifically asked Shane to portray in a passionate guy for the sake of credibility, Shane sets up for the Raudenfeld House, as a go-go dancer. Of course, the leather cowboy fitting could not have missed the flowers. So it seems Shane, no matter how hard he tries, is not macho, but a sissy. This kind of depiction reinforces the stereotypical notion that heterosexuality equals masculinity, whereas homosexuality attracts femininity. In addition to Mr. Harvey’s outward appearance, his lifestyle and outlook on life also help to incorporate gay characters.

Quite a common misconception about gays is that gay men cannot and/or do not want to maintain long-term relationships. As I mentioned earlier, the second episode is a party ball that is otherwise open to same-sex couples. So Shane asked Liam (Gregg Sulkin), his best heterosexual friend, to accompany him. Liam is extremely surprised at this and says, “Oh, I thought you were taking one of the college kids.”

In part six of the series (Three to Tango. In a scene from Jamie Travis, MTV, May 27, 2014), Lauren Cooper (Bailey De Young) is about to talk to Shane about inviting his best friend Pablo (Anthony Palacios) to a have date. Thus, even Shane himself proves that his life only revolves around his libido. In the season-ending episode (Burnt Toast. Jamie Travis, MTV, June 10, 2014) we spot the following dialogue:

These scenes all prove that gay life is all about sex and they are incapable of commitment. As a result, viewers may assume that this is no different in real life, that every member of the LGBTQ community is living on such premises. 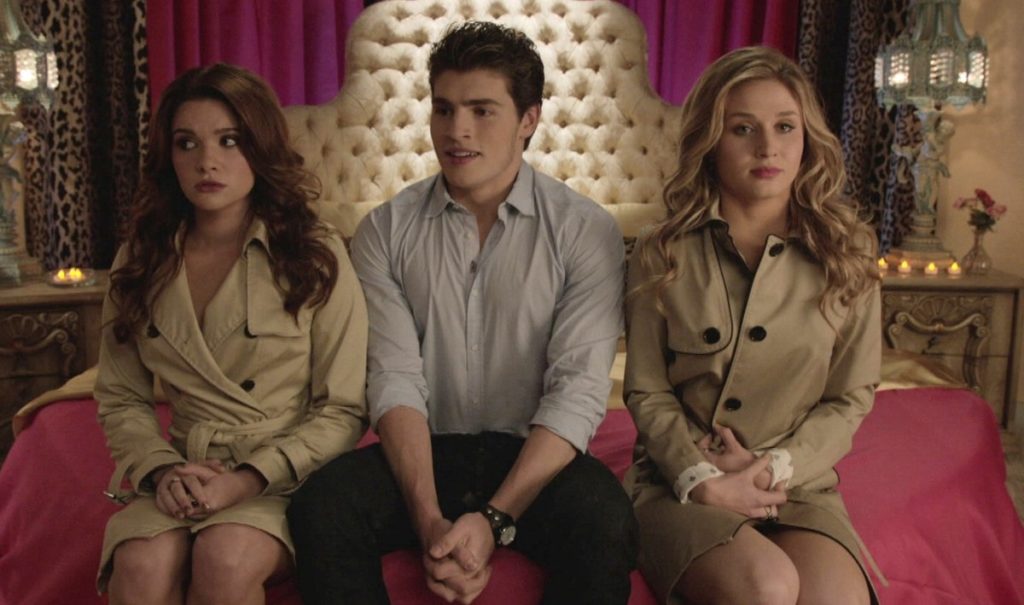 In my opinion, Shane was depicted superficially because of the flatness of the sissy representation. As we know, the media industry’s goal is to make as much profit as possible, and they are not concerned with raising awareness in society. The media industry is constantly labeling sexual minorities, so real-life lesbians, gays, bisexuals, and transgender people have to constantly argue that they are not like the characters that appear on TV. However, I would like to note that the series breaks the stereotypes of gay men on many occasions: Shane is the most popular student at Hester Grammar School, he has strong leadership skills, and he is extremely important in the plot; after all, he is the one who spreads the gossip, and the whole story is based on the camaraderie of the two of them. The series tries to portray an idealistic world where it’s cool to be gay. Unfortunately, this is still not the world we are living in.